From the pages of a book

No two bookshops are the same, they all have their own personalities and quirks that make them special, it's part of what's making this adventure so interesting.

In the case of Hall's Bookshop in Tunbridge Wells, that quirk is its place in history. Because stepping through the doors - after enjoying the windows of shelves open to the street - feels like entering a different world. 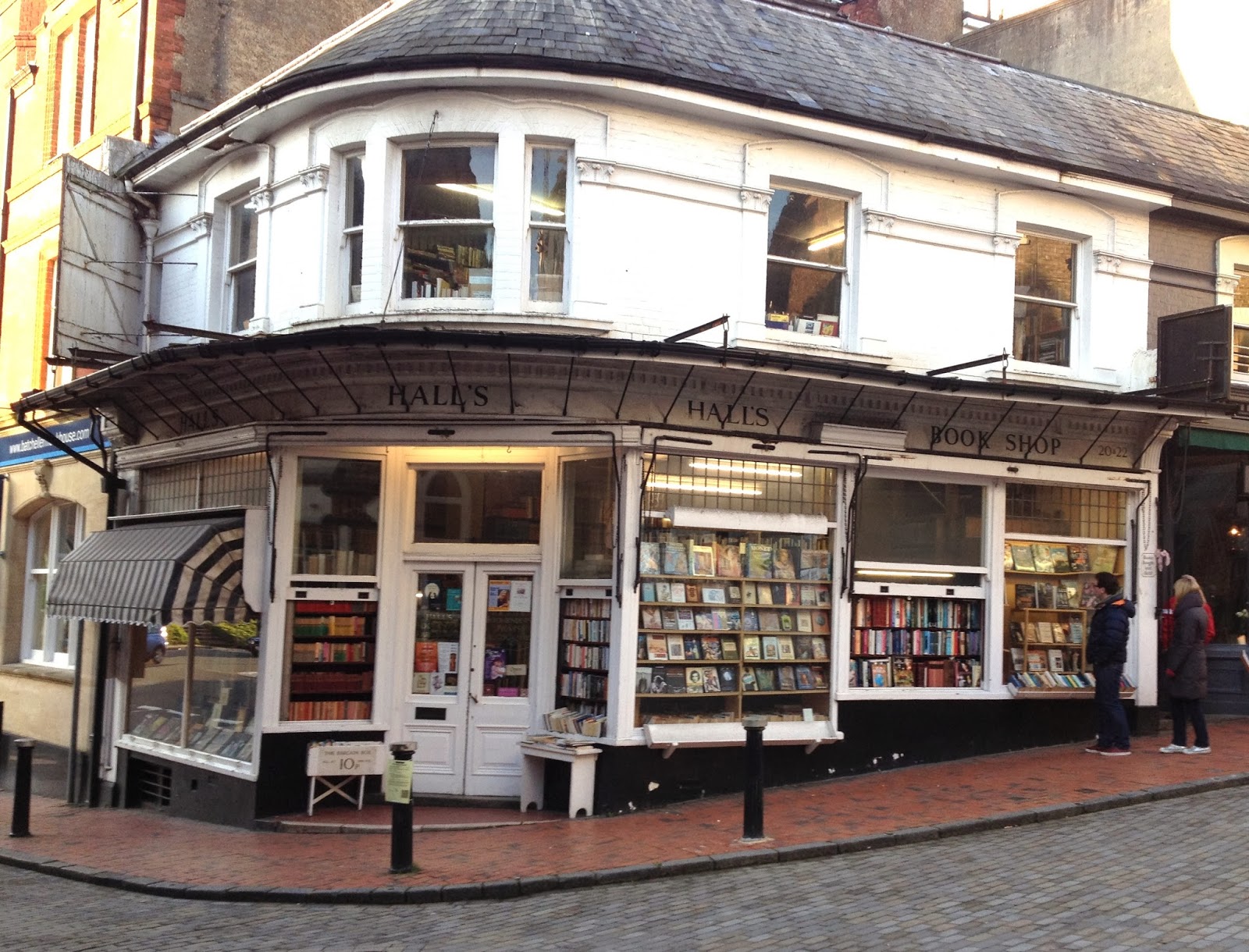 Sure, it stocks a fascinating array of secondhand books like lots of other places, but the character of the shop and the characters within it were unlike any other bookshop I've encountered. It was only by chance that I visited. Popping in a mere 20 minutes before home time, I was only looking for a few minutes of calm after a long day, thinking I'd save a proper visit for when I had more time.

And so I randomly explored, marvelling at the floor-to-ceiling shelves and delighting at the friendly atmosphere. I hid behind a shelf to pore over the fiction, I wandered up stairs filled with books, and in between the shelves and customers on the upper floor. As I passed ladders offering access to the higher shelves I enjoyed the friendly chatter filling the shop, smiling to myself as I listened to the banter that occasionally passed between the two floors, drawing in customers and booksellers alike. 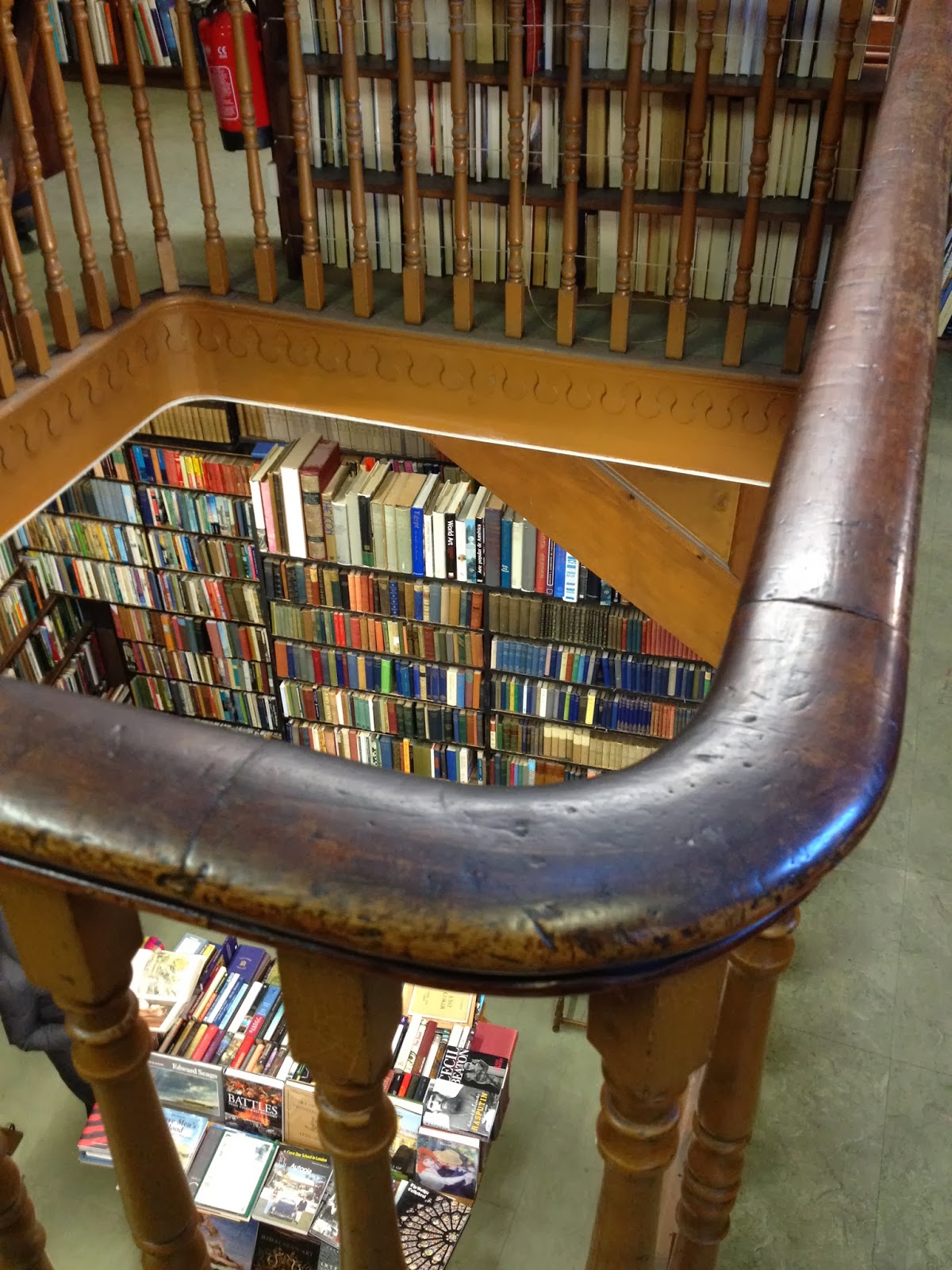 Here was a bookshop from a different time. A beautiful, character-filled gem to be treasured.

I was in heaven.

Then the bombshell dropped.

Because among the snatches of chatter I heard the word 'closing'. I'd only found Hall's minutes earlier and here I was learning it had a week, a month at most, to live. I felt cheated that my time in this bookshop - which could itself be straight from the pages of a book - was so brief, and lucky that I'd randomly decided to visit when I did.

I'm not going to pre-judge the new owners of this address, as it will apparently still be home to a bookshop, but for now I'm mourning the loss of a 100-year-old treasure and the fascinating staff who inhabit Hall's Bookshop. 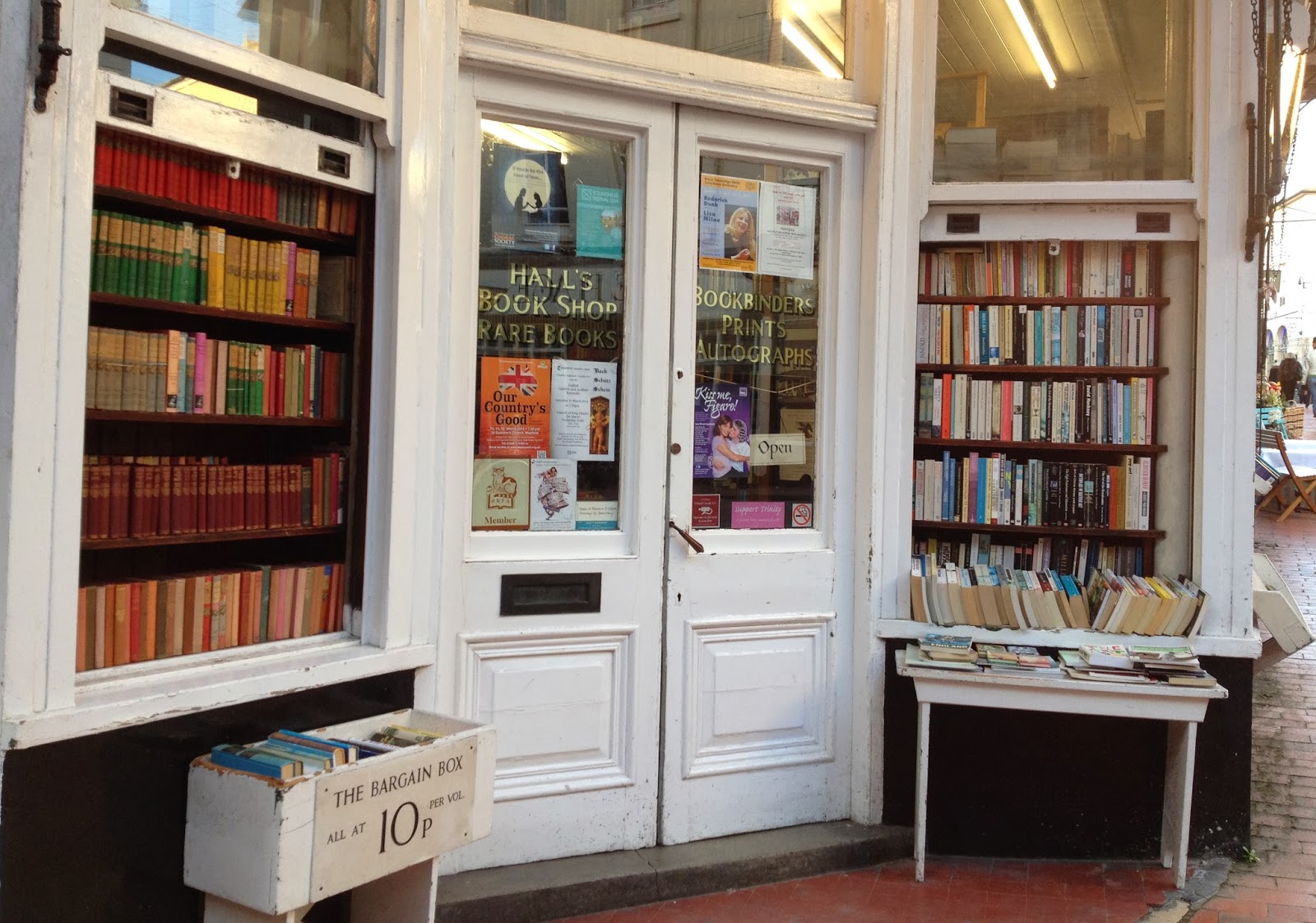 If you're in the west Kent area in the next week, maybe longer as the closure date is uncertain, I urge you to pop into the bookshop and appreciate it for yourself. My photographs don't do justice to this little corner of history in a modern world. 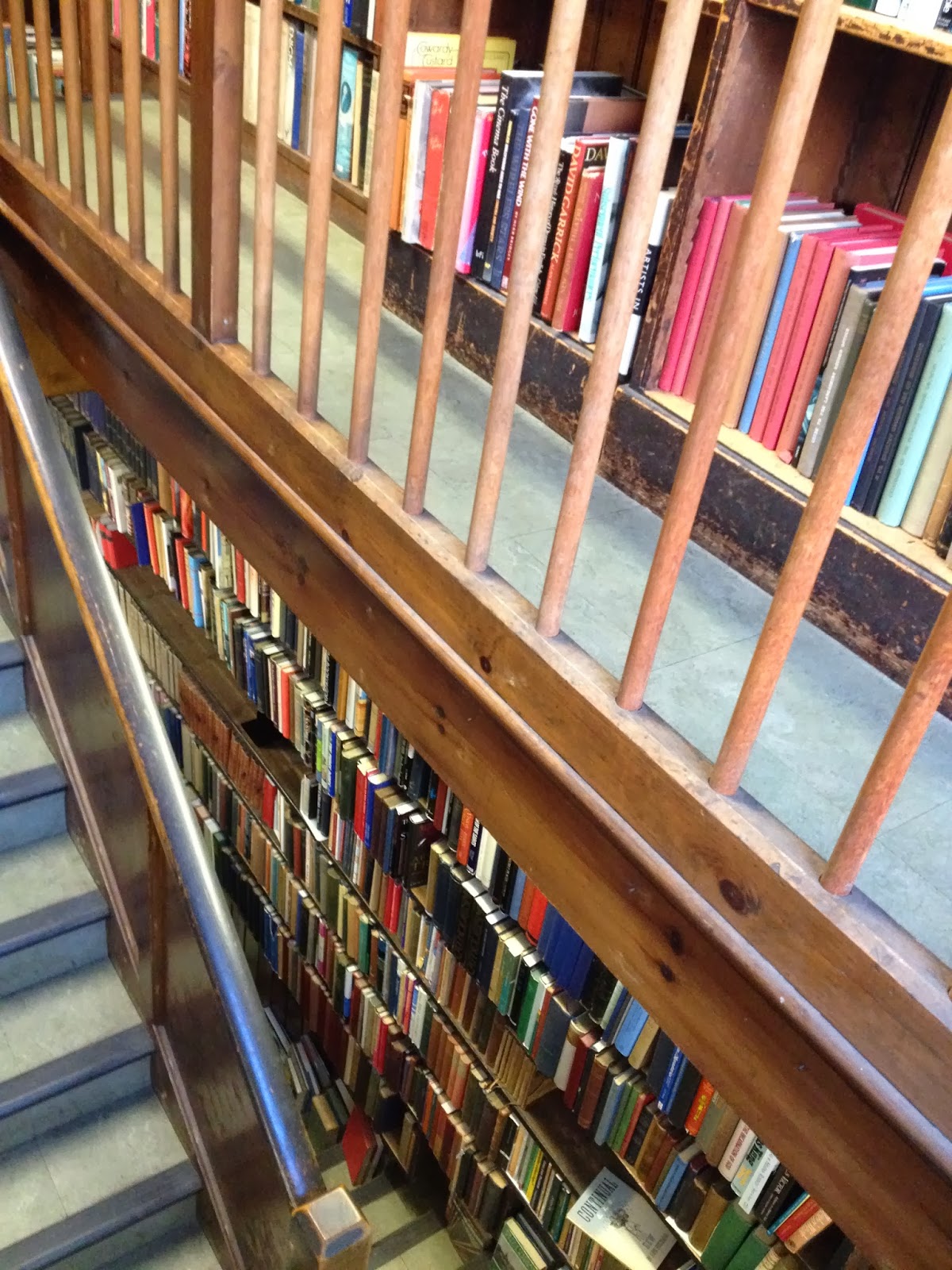 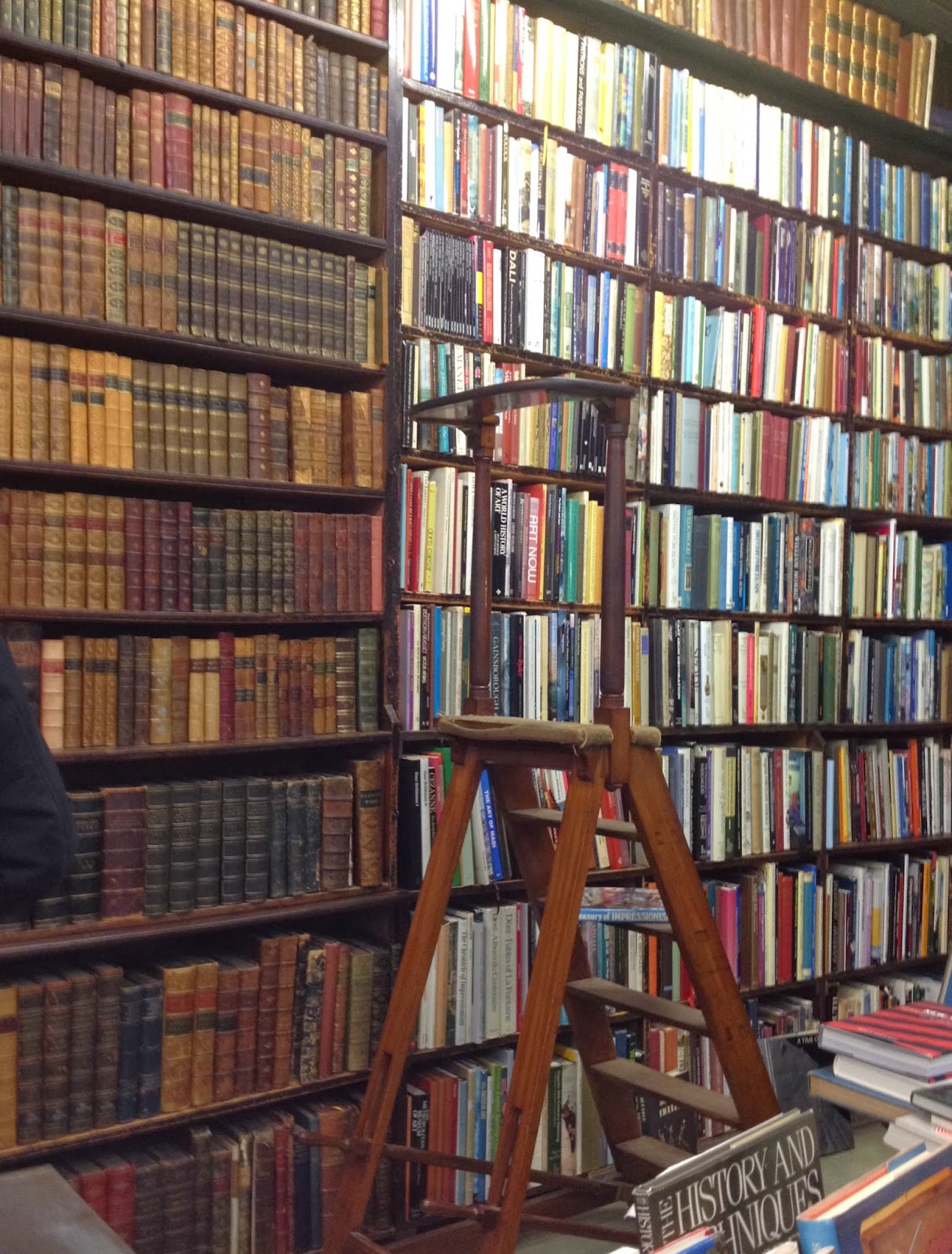 And what book did I buy? Lady Susan/The Watsons/Sanditon by Jane Austen, another literary gem lost too soon. 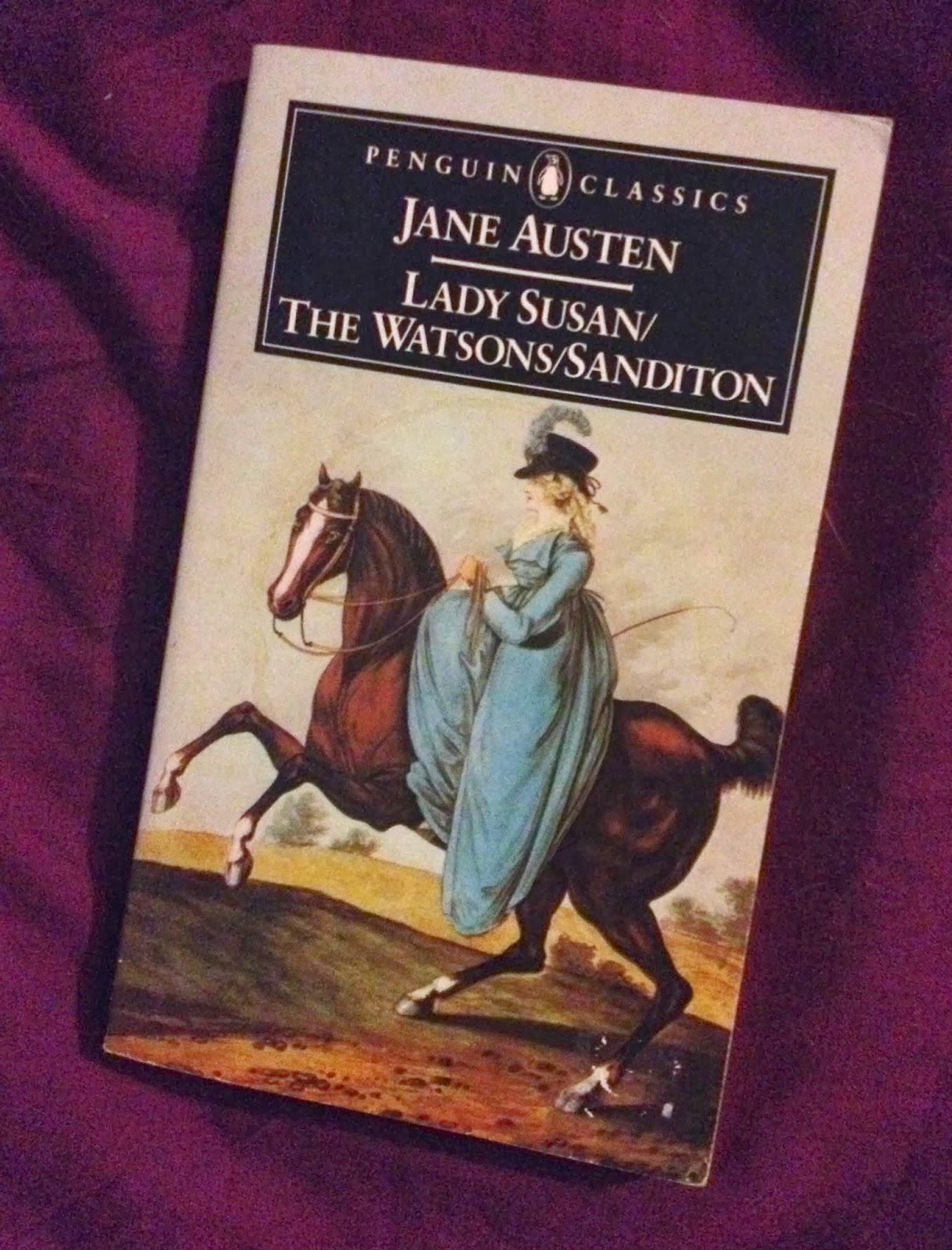 
UPDATE: For more pictures of this bookshop see The Tunbridge Wells Project. There's also a great potted history of the bookshop here.

A new Hall's Bookshop has now opened at this address.
Posted by Erica at 22:50