What better way to spend a Sunday morning than in a bookshop? Especially when the book browsing also involves sipping from a glass of fizz. Throw in a lovely bookseller and two authors celebrating the launch of their latest books and there's a pleasantly relaxing time to be had. 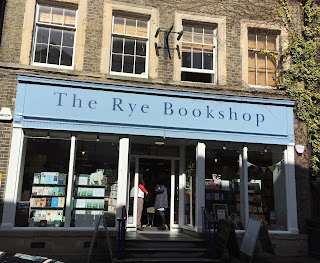 It was under these circumstances I found myself finally taking a trip south to Rye, a town I've long meant to visit but not quite managed to get to. Until now, when the previously mentioned Guy Fraser-Sampson was kind enough to invite me to the book launch he was jointly hosting with Tim Adler at The Rye Bookshop.

Both authors were there to greet current and future fans (of which there were many), talk about their books and generally welcome people. This created a gentle buzz which I always find particularly enjoyable in a bookshop.

As for the venue itself, The Rye Bookshop is light and welcoming, with big windows. Stock is varied and interesting and recommends tables are scattered across every section, with only the familiar piling of the books giving a hint of the bookshop's national parent.

Yes, The Rye Bookshop is owned by Waterstones, benefitting from the backing of a large company while operating independently like a small business. I've previously mentioned a dislike of places masquerading as something they're not but in this bookshop they're honest about who and what they are, which I respect. Would I prefer them to be wholly independent? Yes, but as many readers still insist on shopping online and it was most likely a case of Waterstones or nothing, I know which option I prefer. 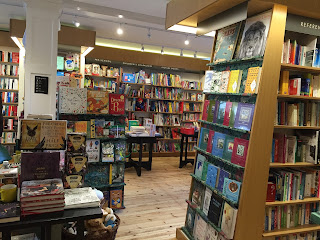 Sermon over, back to the joy of Rye. My plastic champagne glass and I broke away from the main party, enjoying the buzz from a distance and noting the water bowl for four-legged bookshoppers. At the back I browsed the children's and non-fiction areas, including what felt like an especially large history section for the size of the room. One of many details to emphasise the individual nature of the contents of this bookshop, which are selected by the shop manager who I later enjoyed chatting to.

Having already decided I'd be buying Guy Fraser-Sampson's Death in Profile* my browsing was somewhat restricted, meaning I found at least one book from every area and still dithered over breaking my one-book-per-shop rule for Tim Adler's Hold Still. Eventually, self-restraint kicked in and I returned to the party, where I met a delightful selection of book lovers and made sure to get my purchase signed.

I may have visited for a special occasion, but returning a few hours later I found The Rye Bookshop to be just as lovely to explore as when it had been full. This bookshop excellently fills its place on the High Street and I'm pleased to have finally made its acquaintance under such auspicious circumstances.


*How could I not buy a book endorsed by Christopher Brookmyre, one of my favourite crime writers? For that reason – and more – I know I'm going to enjoy it. 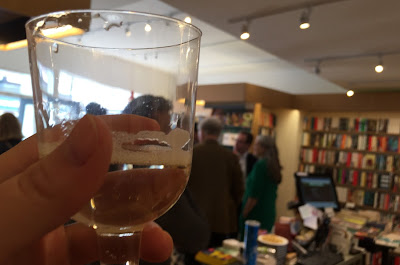