Portal to a different world

If books are journeys to different worlds, then bookshops are the portals to them. Crammed with book-shaped passports to foreign intrigues, magical adventures and lives more remarkable or inspiring than our own. This week's bookshop is definitely such a portal, opening a wormhole between Baker Street in London and the golden, spice-laden streets* of Egypt.

But first a confession, I discovered this bookshop a long time ago and visited it over a year ago, during a very busy bookshop crawl. Which means these words come to you very late indeed, but the best things come to those who wait, so back to those spice-laden streets. 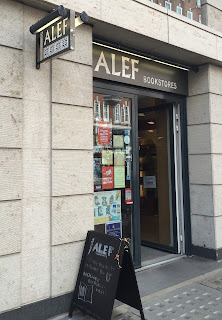 The Egyptian Alef Bookstore may not have the scent of the country but it was definitely golden, with late afternoon sunlight streaming through the windows and making the shelves glow as if made of the precious metal. In reality the shelves were filled with something more special than gold: books.

A combination of remarkable reads any bookshop would be proud to display and Arabic titles I have no idea the contents of, there was much to discover on those shelves. I enjoyed the balance of the stock I do have the ability to read, with novels I recognised placed alongside what appeared to be a good variety of Egyptian titles and a large section of non-fiction too.

As good as the books I recognised were (the popular science section particularly appealed), it was the Egyptian titles that appealed to me the most – and the promise of being transported to a different world. 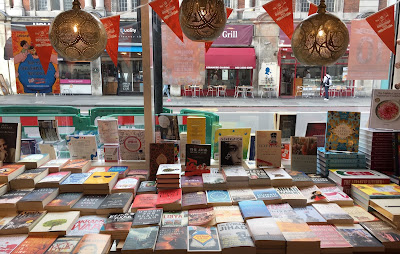 I had no idea where to start with the various recommendations, so instead I did what I do best and approached the booksellers for help. The man who stepped forward had the most beautiful eyes I've ever seen, and while I was mesmerised he politely listened to my plea for help and discussed what I was looking for before selecting his favourite book for me to try: Beer in the Snooker Club by Waguih Ghali. 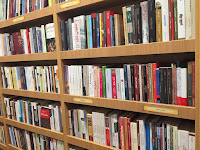 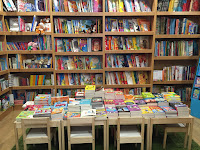 Which brings me to the other reason this blog is so delayed. In order to give a full picture of my experience I wanted to read the book before I wrote about the bookshop. Only I buy so many books and pick my next actual read so randomly (according to whichever unread title is in front of me at the time) that this one kept missing that rare golden moment of opportunity. Which is a crying shame because once I did finally reach that time I could not put the book down. I laughed, I cried, I swore, I related and I disagreed. All in just 224 pages. It was a remarkable read and even when scenes occurred in Britain it succeeded in transporting me to that different world and opening my eyes to how different our personal experiences can be. 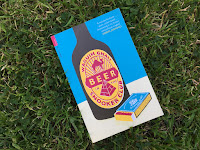 In a world of increasing divisions and suspicions it's more important than ever to learn about our fellow humans who are both the same and different to ourselves. Egypt may be one country among many, but I figure it's as good a place as any to start. After all, as I said at the beginning, bookshops start us on journeys to different worlds – why shouldn't those worlds be close to our own?


*It may be around a decade since I visited the country but – thanks to a few days in Aswan – that is how I'll always remember it.
Posted by Erica at 18:13