Your bookshops #26a, Mystery Cove

A good friend recently shared his American bookshopping experience with us, but the story didn't have a happy ending. Thankfully, the end of the guest post wasn't the end of the story...

I got home that evening feeling rather sorry for myself – for various reasons I won’t bore you about – and decided to tuck into Danish crime drama Forbrydelsen (that’s The Killing, if you’re interested). Then a lightbulb moment struck. The weather was to improve over the weekend, so I decided to drop an e-mail to Mystery Cove’s co-owner Steve Powell to see if he was going to be behind the counter any time soon.

He replied, rather promptly, apologising for his absence and confirming he had every plan to open the book shop in the morning, so long as the weather was okay. 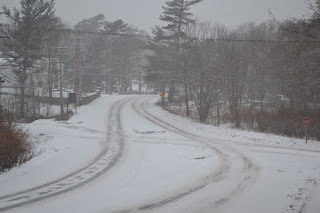 So when I woke up and there was plenty of heavy snow in the sky, my heart sunk. But, as luck would have it, Mr Powell needed to be in the shop to run certain errands, thus making the trip more than possible. 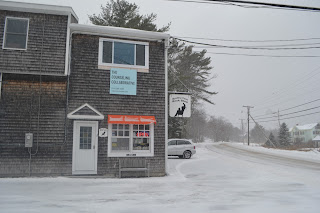 Although the roads looked horrendous to navigate, the non-stop snow made the grounding of each footstep rather easier. There was a time I considered giving up, but ‘keep calm and carry on’ got me through.

The views were certainly not as bright and vivid as the previous day, but it mattered not once I stepped through the door into the quaint, warm and homely second-hand book shop. 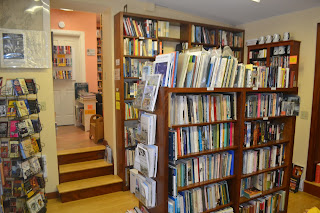 Greeted with a firm handshake and a mug of coffee, Steve tells me all about the history of the store, how he’s had to adapt to meet the ever-changing market, as well as explaining his connection with author John Connolly. He speaks of the so-called renascence of independent book stores, as well as coping outside the summer months, when thousands upon thousands of tourists visit the area every week.

Breaking away from the conversation, I take a look around the store – loose books all over the place, but seemingly organised before making their journey onto the busy shelves. I’m no bookworm – unlike Steve – so opt to buy The Story of Mount Desert Island by Samuel Eliot Morison and Ann Hood’s Somewhere off the Coast of Maine. They seemed worthy choices. 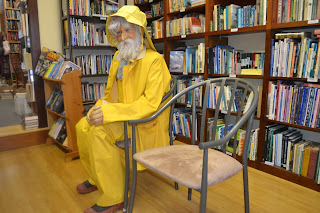 But I couldn’t leave without learning more about the fisherman statue which sits proudly in the middle of the main floor. I was it’s moved from Bar Harbor business to business over the 50 years and has been making his way through the shelves for the past few years. He does have a name, apparently. 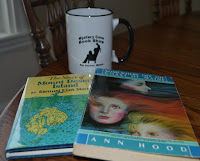 I treat Erica to a Mystery Cove Book Shop mug (which I’ve yet to present) and bid farewell to the wonderfully charming Steve. We may have discussed politics and local journalism too, but that’s strictly off the record.

One of Steve’s phrases struck me as I made my way back into the cold. He said, rather proudly: “There’s no place I’d rather be.”

I think I know how Steve feels. Thank you Dean for your perseverance in visiting what sounds like a really lovely shop. Now hurry up and give me my bookshop mug!

Also, I don't usually include captions to pictures but Dean offered to write some and I'm greedy. My settings mean I'm unable to attach them to the relevant photos, but scroll down to find out what you've been looking at... 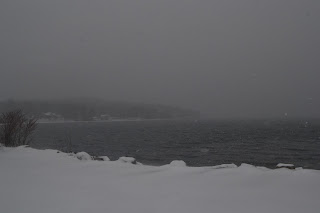 *Although not the trickiest part of the route, this photo at the beginning of my trek represented just how few vehicles (and zero pedestrians) were braving the elements.
*The sight of a car parked outside the book shop warmed my heart when I arrived on day two, before a cup of tea heated the rest of me inside.

*There’s a little bit of everything inside the mystery cove, but I became one of ‘those tourists’ and stuck to something local.

*This fisherman model – which has plenty of local history – doubles up perfectly as a security guard when the shop is closed. His shadow proved a false dawn on day one.

*Back at my counterpart’s HQ, here’s the selection of books (and the infamous mug). I’ll get round to reading them once I’ve finished my Paris purchases.
*Bar Harbor is a beautiful part of the world and is ‘the’ place to go during the summer months. Despite the poor visibility, I think it’s even quainter in the winter.