A Hive of activity

As far as I'm concerned nothing beats personal, face-to-face service in a real world bookshop.

However, recent experience has led me to concede that sometimes - in instances of extreme need - the internet may just have the answer.

I came to this conclusion when my personal beliefs (think on a par with devout religion) led to my cancellation of a DVD rental service part-way through a television series. Having seen the levels of impatience Breaking Bad generated I'm sure at least one or two of you will understand the horror of this situation. The reason for the abrupt cancellation? A request to transfer my account from the rental service to a popular internet seller. That was never going to happen.

Yes, it was frustrating to stop watching the TV show, but everyone needs to live by some kind of moral code, and this would have been a step too far for mine. Besides, with HMV down the road I figured for almost the same price I'd just buy the boxset(s) instead. Unfortunately, life doesn't work that way, and the shop was unable to order the DVDs I wanted. Cue minor grumble on Twitter and an acceptance that patience would be required until I could watch the programme on repeat.

Then one of my tweets got a response, with the recommendation I try Hive. I'd heard of this internet seller before, but a) I don't do internet shopping and b) I thought the site was only about books. Thankfully, Twitter - and the Hive website - was there to educate me.

And, before I even started shopping, the first thing I learnt was the existence of a new independent bookshop in the very town where I live*.

How did it do this? Hive delivers your books, music, film, etc, to the nearest bookshop registered in its network or - for free depending on the order - to your door. They even give a percentage of the purchase to the bookshop, which can surely only be a good thing? All you have to do is visit the website, input your postcode and choose a bookshop near you.

Which I did, expecting to be directed to any number of shops a good half hour's drive away. So imagine my surprise when the search identified an independent bookshop within walking distance of my home. This introduction alone was enough to make me think maybe I should give the website a proper try.

I selected the bookshop and dived in. You've all done internet shopping before, so I won't patronise with an explanation of the buying process, but needless to say it all went very smoothly. For reference, my particular order would've been free delivery to my home but unwilling to totally remove a bookshop from the equation I still opted to collect myself. I received an e-mail the moment it arrived (swiftly) and popped along to collect my parcel - which, incidentally, was a lot easier than queuing at my local sorting office.

Yes, I may have done some shopping while collecting the parcel, but that wasn't mandatory. The bookshop was perfectly happy handing over my order without demanding I then go on to spend money with them too, but to find out about that purchase you'll have to read next week's blog post. 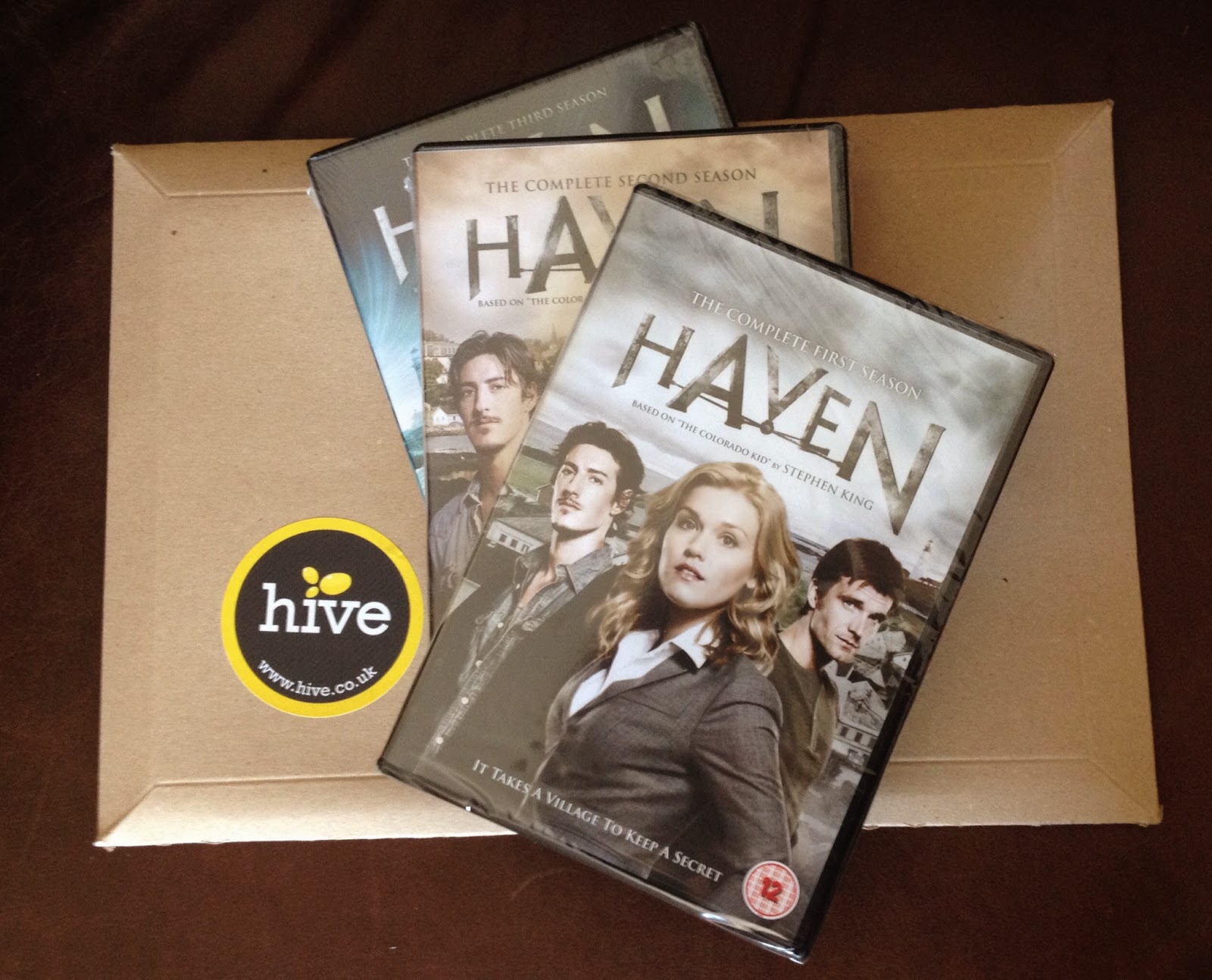 As for my Hive purchase? I bought the first three seasons of Haven on DVD for what I felt was a very competitive price. And then - five minutes later because it felt wrong to not be buying a book for the blog - I logged back on and ordered a paperback of Stephen King's Under The Dome too. (For those in the know I thought The Colorado Kid would have been overkill.) It was ridiculously easy.

But never fear, this discovery hasn't brought about a premature end to the blog. 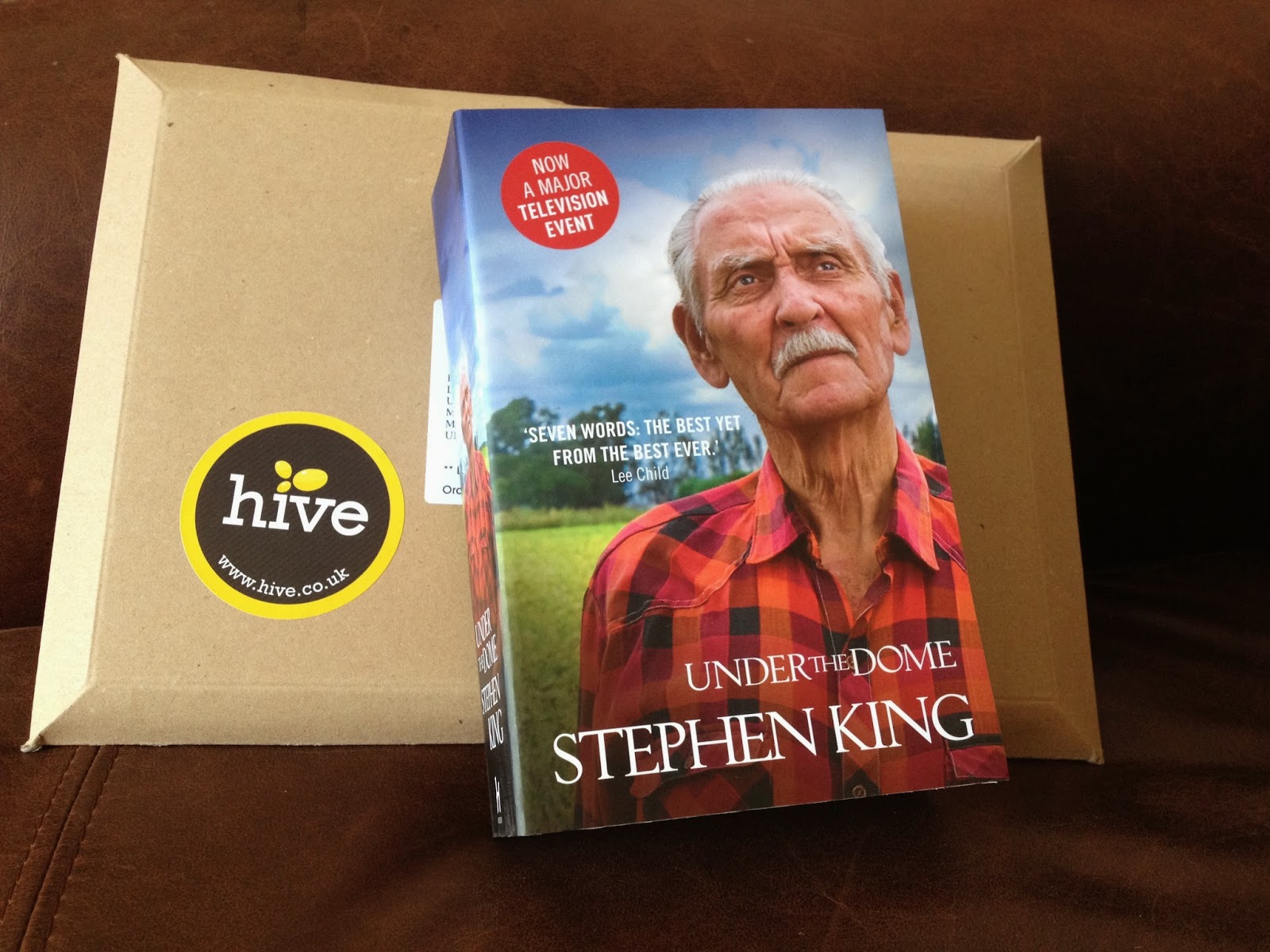 Having discovered how large the paperback is I do now understand why people don't want to carry some books home from the shops themselves (but I still don't sympathise). I am also very pleased Hive helped me to watch the TV series without going against my beliefs or waiting for a re-run, but I will always be a real-world bookshopper first.

Essentially, the point of this - highly out of character - post is: Even if the internet is the only place you can buy item X, you still have a choice of stores to use. And many of them won't leave you feeling stung, or should that be sold down the river?

*accurate at time of going to press, but the removal van is due any day
Posted by Erica at 01:22