Bookshops are the best medicine

The truth is, when I visited David's Bookshop in Letchworth Garden City I felt like death. I'd spent the previous two weeks curled up on my sofa unable to speak (laryngitis) and coughing like a dog. I'd missed work, cancelled a holiday and only made it to this bookshop because I was determined I couldn't spend another day in a paracetamol-aided sleep.

But as I drove I began to perk up. The excitement of meeting a new bookshop - supported by orange juice and an array of non-drowsy over-the-counter medicines - was enough to get my adrenaline pumping in anticipation of my next discovery.

Having never knowingly visited a garden city before I was relieved to find myself following a relatively straightforward route into the town centre, soon arriving at a car park just a minute's walk from the bookshop and saving me from having to expend any unnecessary energy on getting lost.

David's Bookshop is actually one half of a books and music shop and, despite rain necessitating the covering up of the outside display tables, the bright green frontage is easy to spot from along the street. 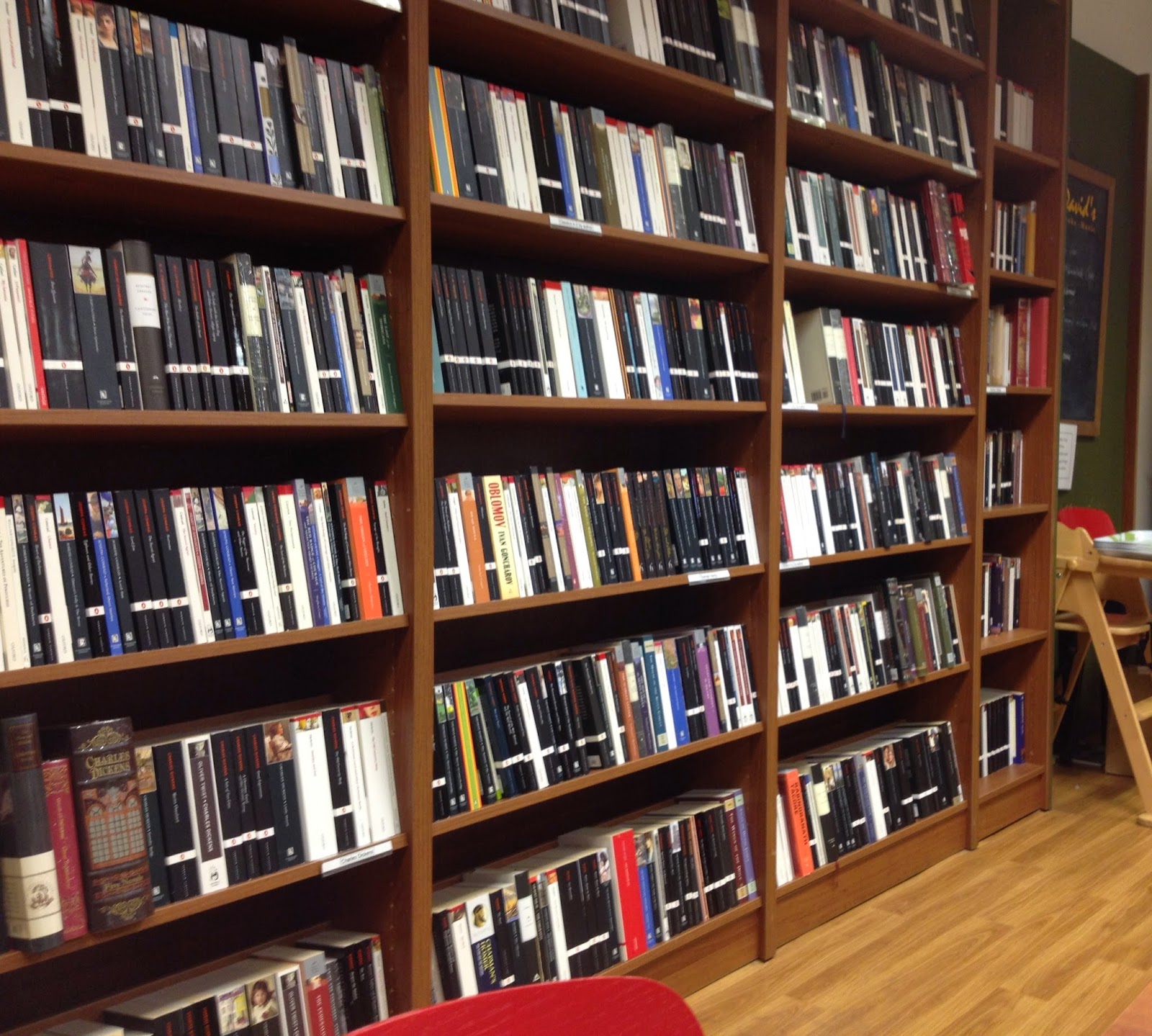 Entering David's Music, I couldn't help but remember my days of living near an independent music store, but instead I forced (perhaps an exaggeration) myself on to the main event.

The two shops are linked at the back, with the bookshop the larger of the two and both appealing. However as I tired and my lurgy began to reassert itself it was the cafe that caught my attention. 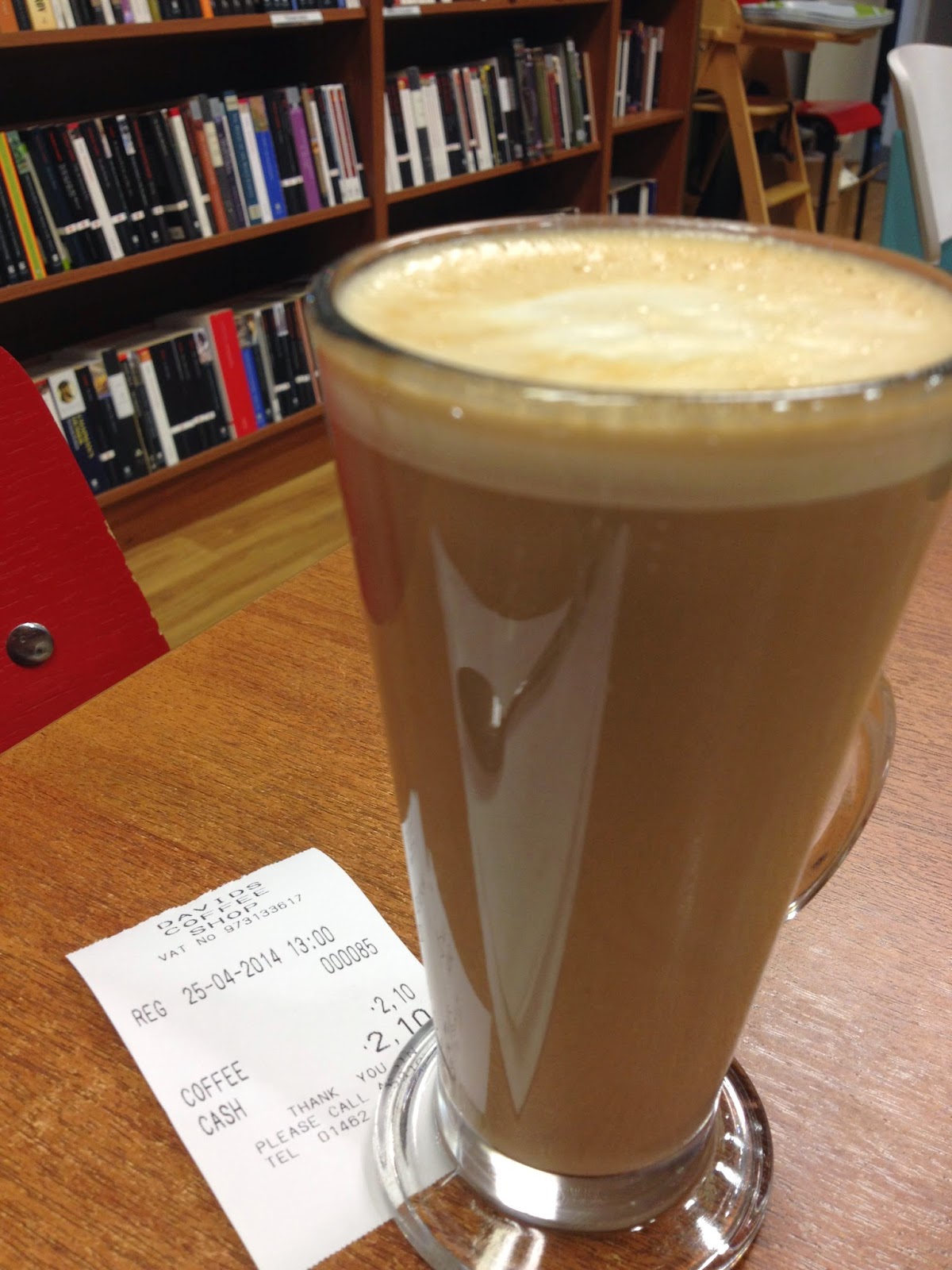 Nestled in between the music and books, this bright space was also home to the classics, so as I regained my strength while sipping on a latte I happily browsed here, seriously considering picking up one of my favourite authors for a spot of comfort reading (Treasure Island is the ultimate in sick-bed books).

Then the coffee kicked in and I was once again ready to explore. 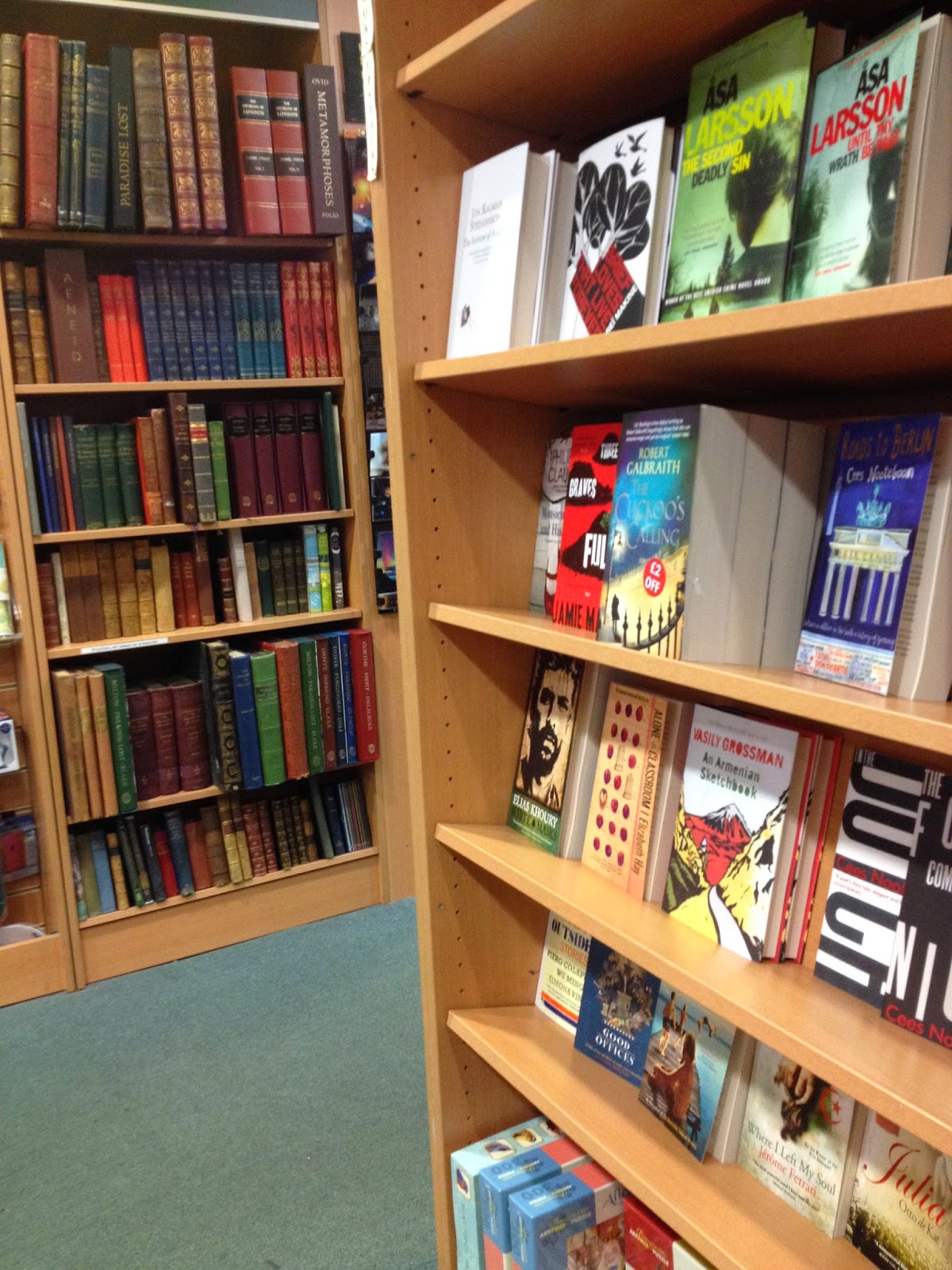 Quite a long bookshop, one detail that particularly struck me was the occasional secondhand shelf in between the new, emphasising how well the two can blend together and reminding shoppers of the secondhand section on the first floor. But, predictably, it was the wall of new fiction that caught my eye. Stretching over half the shop, this was everything I needed for some good old, well new, bookish pleasure and - combined with the music and the cafe - is definitely a reason for me to return in healthier days.

With many interesting books I was spoilt for choice and have promised myself I'll further investigate Pushkin Press after being impressed by a number of their titles, but it was a book at the very end of the alphabet that made me stop: How to live safely in a science fictional universe by Charles Yu. A book about a time traveller really appealed to this girl who wanted to regain the previous two weeks of her life.

I'm guessing it won't teach me how to reclaim that lost time, but reading the book will at least transport me back to David's Bookshop, and the memory of several happy hours of exploration. 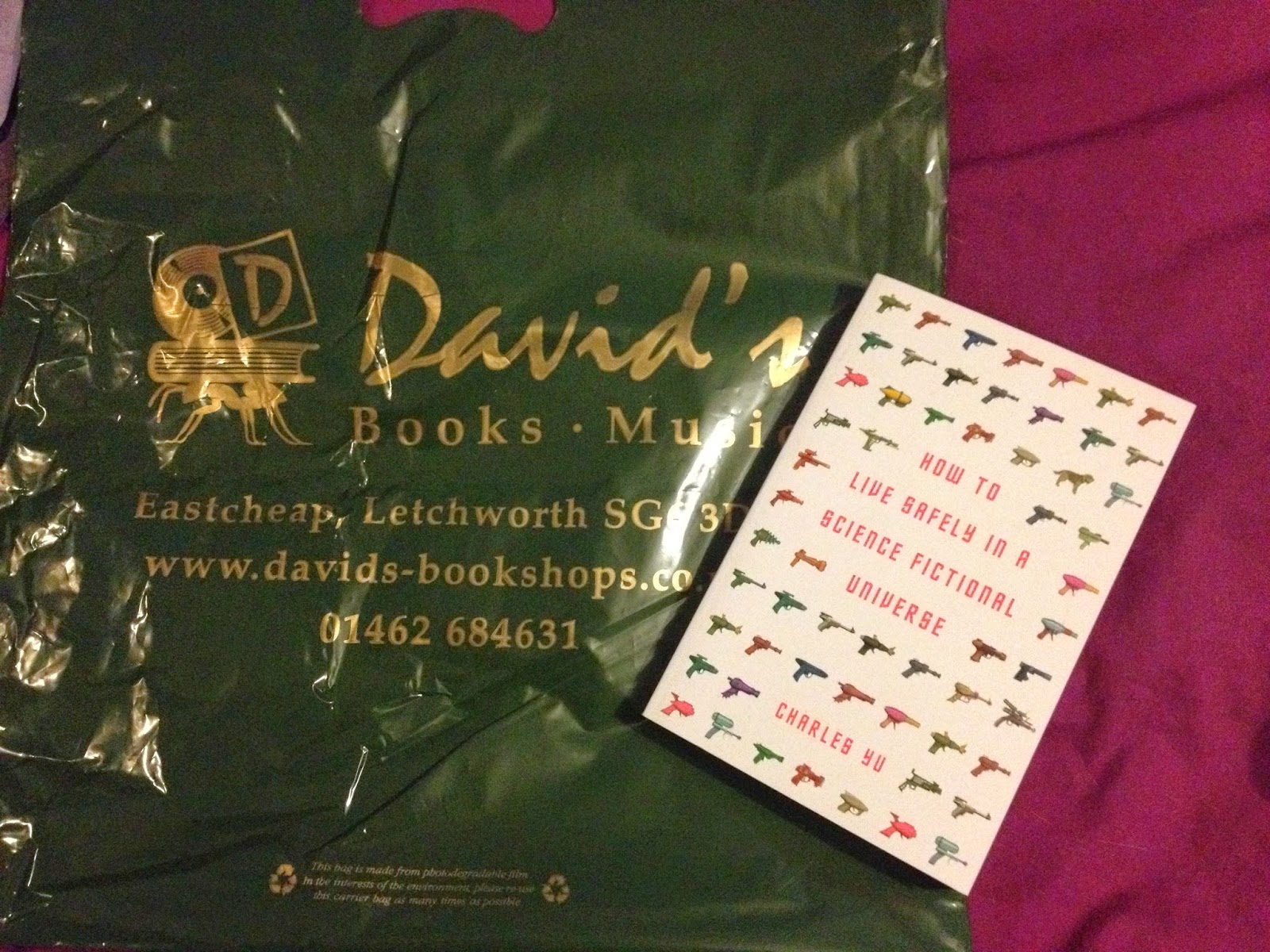