Breaking the rules to meet a nearly new bookshop

Just last week I wrote of my often long search to find certain books, preferring to wait and encounter them in the wild.

This is partly, as I explained, to allow serendipity to take its course. But there's another reason: I like my books to have a story behind them as well as within them.

There's something special about being able to look along my shelves and remember not only the experience of reading the book but also the experience of buying. Perhaps I was with a friend, or on a bookshop crawl, or maybe I just needed some time to myself. This means every book in my home has a story behind it, even if it's as yet unread. However this week's purchase, at least the main one, was not found in its natural habitat on a bookshelf but came from behind the counter, having already been caught for me by the bookseller. Meaning my meeting with neither book nor bookshop was unexpected, although thankfully it still includes a story, because when David from Balderdash Books replied to one of my tweets about a book-turned-film I had to reply.

The subject was Ender's Game, a 2013 film based on a 1985 book by Orson Scott Card. Essentially, I've wanted to read this book for years but, not being able to get my hands on a copy, I'd finally given up and watched the film. It wasn't great, but the themes and ideas it addressed were fascinating, I tweeted to say as much and before the evening was out the bookseller had got in touch telling me he thought he had a copy.

Less than a week later I was driving through the Kent countryside to the lovely market town of West Malling. 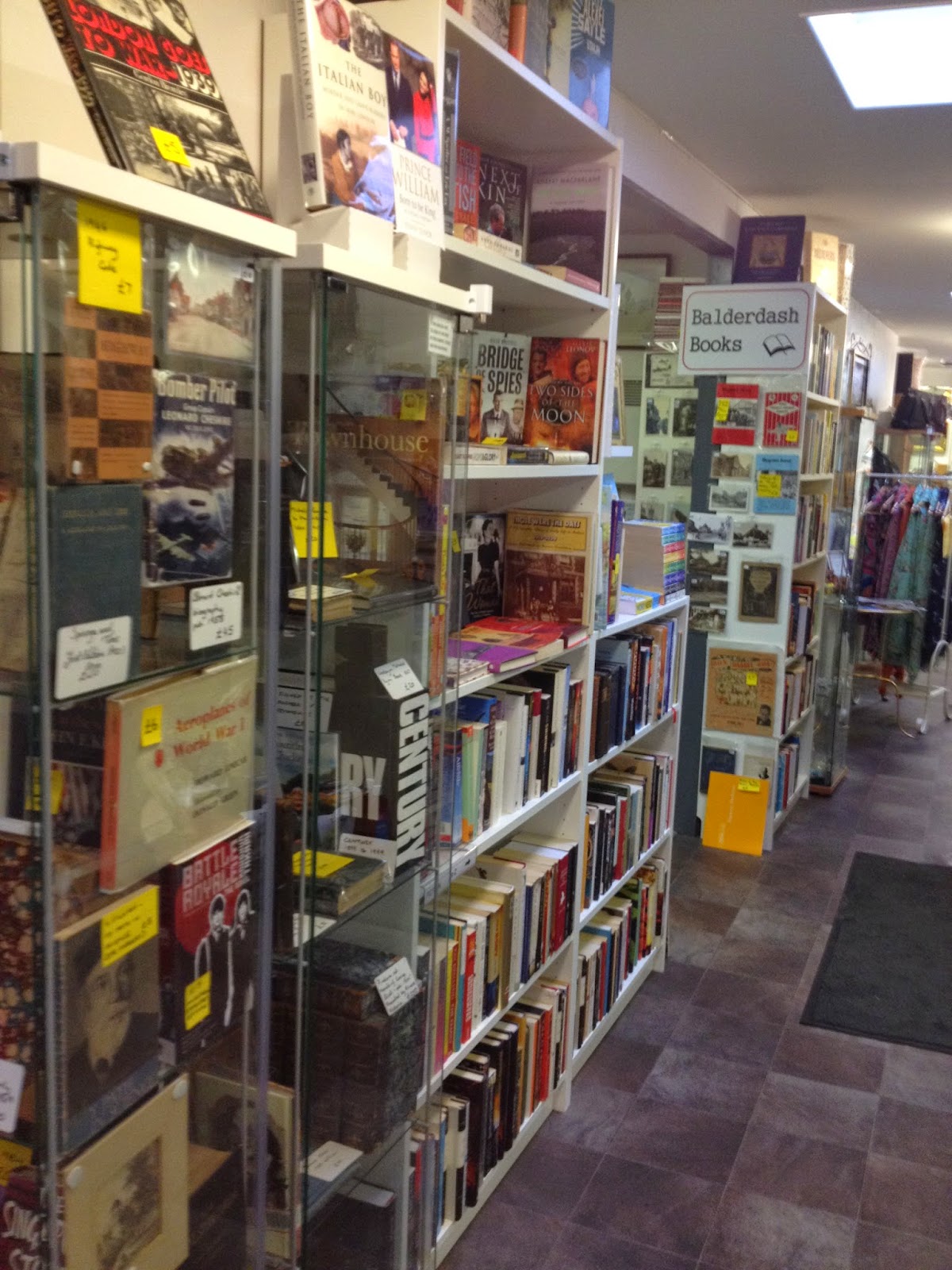 Balderdash Books isn't the most obvious of places to find, but if you look for The Five Pointed Star pub you can't go wrong, it's roughly two doors away. Located within an arcade, you get to the bookshop down a short alley decked out with bunting and signs advertising a range of independent sellers.

Being a boutique within an indoor setting (it's far too pretty to call an indoor market), Balderdash Books has no front door or window display, instead you enter the arcade and are treated to the sight of books. 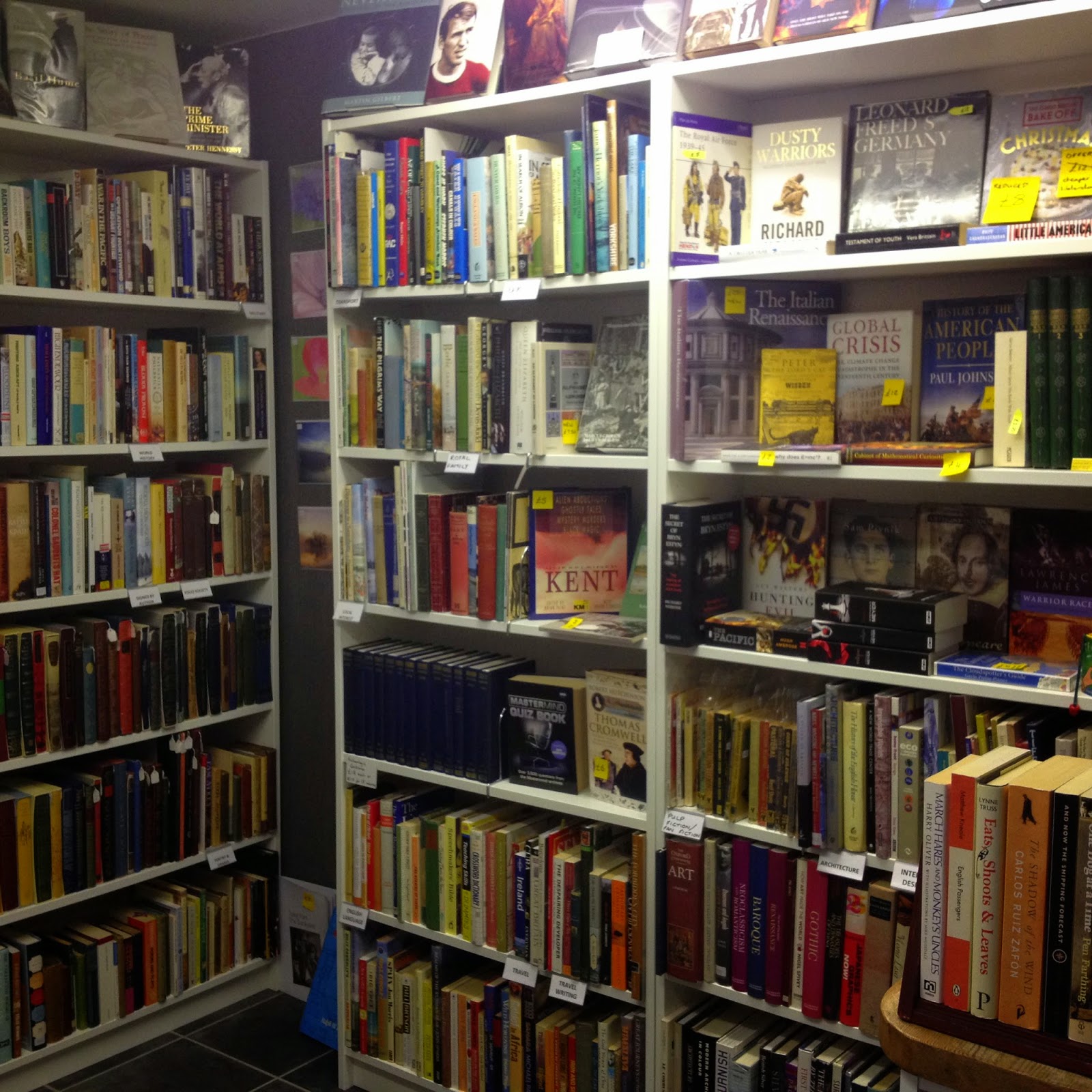 From cheap paperbacks to pricy antiquarian, Balderdash Books calls itself secondhand, but in this case I think 'nearly new' would be more appropriate. Entering the bookshop space I found it hard to pick out any titles that looked like they'd even been read once, nevermind handled again and again - this is a high quality bookshop for well cared for books. In fact, talking to bookseller David (who knew me the moment I walked in) I discovered many of the books were from his own shelves following his efforts to fill the shop when it first opened just a few months ago in November.

This dedication means, as David freely admits, there are many books that appeal to his own interests: it would be hard to visit without appreciating the wide range of good quality history books, including both world wars, with several more unusual titles thrown in. However the selection on offer is by no means limited.

All the usual genres of fiction and non-fiction are covered and the natural turnover of stock means variety continues to grow. Which is how I was fortunate enough to end up with my long-sought after sci fi gem – David had realised the shop was lacking in that area and so made a point of stocking up. This meant I was able to add to my purchases, snapping up Arthur C Clarke's Prelude to Space and John Christopher's The World in Winter alongside the pristine copy of Ender's Game.

So much for my one book per bookshop rule.

I may have broken many of my own rules with this visit, but it's not every day you get to meet a recently opened bookshop so I'm very glad I did.

Balderdash Books may still be nearly new at just three months old, but I very much look forward to seeing those months turn into years, and hope the people of West Malling know how lucky the are to have such a rare new venture in their midst.