You've nothing to prove

My first visit to Camden Market took place one cold December afternoon, at the tender age of 13.

It was the early 90s so Dr Martens were in abundance and all the older kids (it was a school trip of 13-17-year-olds) were talking about 'alternative' music and the things that made Camden cool. As a youngster who was only just discovering music, most of their conversations meant absolutely bugger all to me but I wasn't going to admit it, I was just happy to be in London.

The afternoon is now a blur but I remember the excitement of exploring the stalls and how, frozen from a winter afternoon, I used all my pocket money to buy a scarf. It wasn't a particularly exciting scarf but it was from Camden and so I wore it to death over the next few winters, telling everyone I met where it was from.

The trip was a lot of fun and helped me realise shops don't all have to be chains, but otherwise my lasting memory of the visit was of how totally and utterly cool everyone and everything in Camden was. And how much I wasn't. This mistaken, or at least extreme, belief meant I didn't return to the area until last year. Which is a crying shame, because I've definitely been missing out. 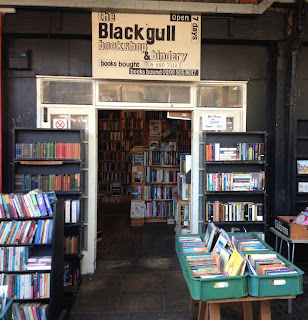 My visit was prompted by the lure of a bookshop and took place on a beautiful day at the end of the summer. It was the kind that makes you choose to walk for miles to enjoy, rather than hurrying underground, and so I walked, eventually arriving at the famous Camden Lock, where a beautiful footbridge took me into the market.

Black Gull Books is on the main market square for buying food and – despite the lunch crowds – was calm and relaxing.

A secondhand bookshop, categories include 'Sex drugs and rock n roll' and are identified by chalk board-style signs around the large for a market room, which is inside a building rather than an actual stall, although tables and boxes of books do surround the entrance. A wall of fiction awaited me, but all the children's and non-fiction you'd hope for were scattered around too. The stock is eclectic and (that word again) effortlessly cool, bringing back memories of my teenage visit. 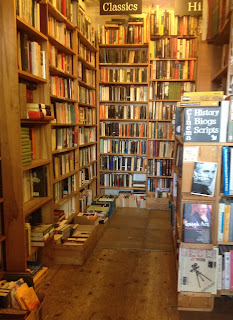 The thing about Black Gull Books is, while it is unashamedly cool, it accepts everyone for who they are. The bookshop has as much for the indie crowd as it does the everyday reader, and when a slightly obnoxious child told his mum (and the rest of the shop) "this bookshop has no good books, only bad ones" no one batted an eyelid: it was his loss to not appreciate his surroundings, not ours.

The more time I spent in this bookshop, the more I wished I'd not been so nervous about revisiting Camden. Black Gull Books put me at ease and the variety of its stock helped me to see the market is a place for a variety of people too. 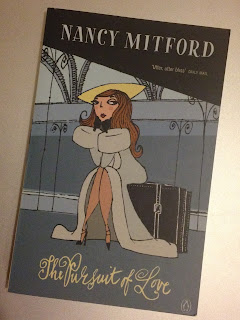 Which is why I don't feel the need to prove myself and buy books to impress. I picked up Nancy Mitford's The Pursuit of Love, because life's so much happier when you do your own thing.